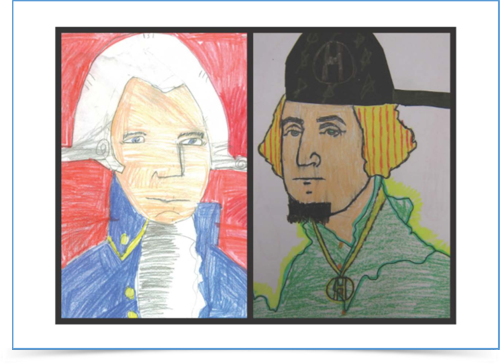 It occurred to me today, during a meeting at one of my client’s facilities, how things change, but how they also tend to stay the same…let me explain. In the meeting, an administrator for the agency used the phrase “we work down in the trenches” and “those staff members are on the front line.”

The social justice work being accomplished at the agency sounded more like it was happening on a battlefield instead of during a workforce development program. That got me thinking about what was happening on the front lines of non-profit agencies and how it parallels the work that took place in the late 1700’s when the colonists were fighting for many of the same values, ideals, freedom, and independence.

These American colonists I am writing about, the rebels as they were demonstratively referred to by the British loyalists, had limited experience as professional soldiers, were promised a salary that they were not sure they would ever be able to collect and knew they were up against the number one army and navy in the world, yet they held on to their dreams and maybe even more importantly, were guided by the extraordinary leadership of General George Washington. It occurred to me that there may be some similarities and lessons learned from the American Revolution that could be applied to the current state of the non-profit industry.

First, Washington lived and operated with inspired thinkers, writers, and storytellers such as Ben Franklin, John and Sam Adams, Thomas Jefferson, Patrick Henry, Alexander Hamilton, and the Lees, almost all of whom were far more educated than he. In my tenure as a non-profit consultant, the most actualized and effective directors have surrounded themselves with magnificent and honest orators, writers and thinkers. The best leaders tend to be life long learners, and learn regularly from the troops that they assemble around them.
In addition to having what has been described as “the highest moral character” Washington was also a great listener. He gathered his people, gathered knowledge and was very good at analyzing all the angles. Washington was trusted because he had demonstrated a noble and incorruptible character.

In the weeks to come, I will delve more into this line of thinking and continue to revisit lessons learned from our great leaders archived in our American History books and relate those lessons to apropos happenings in our social service industry.